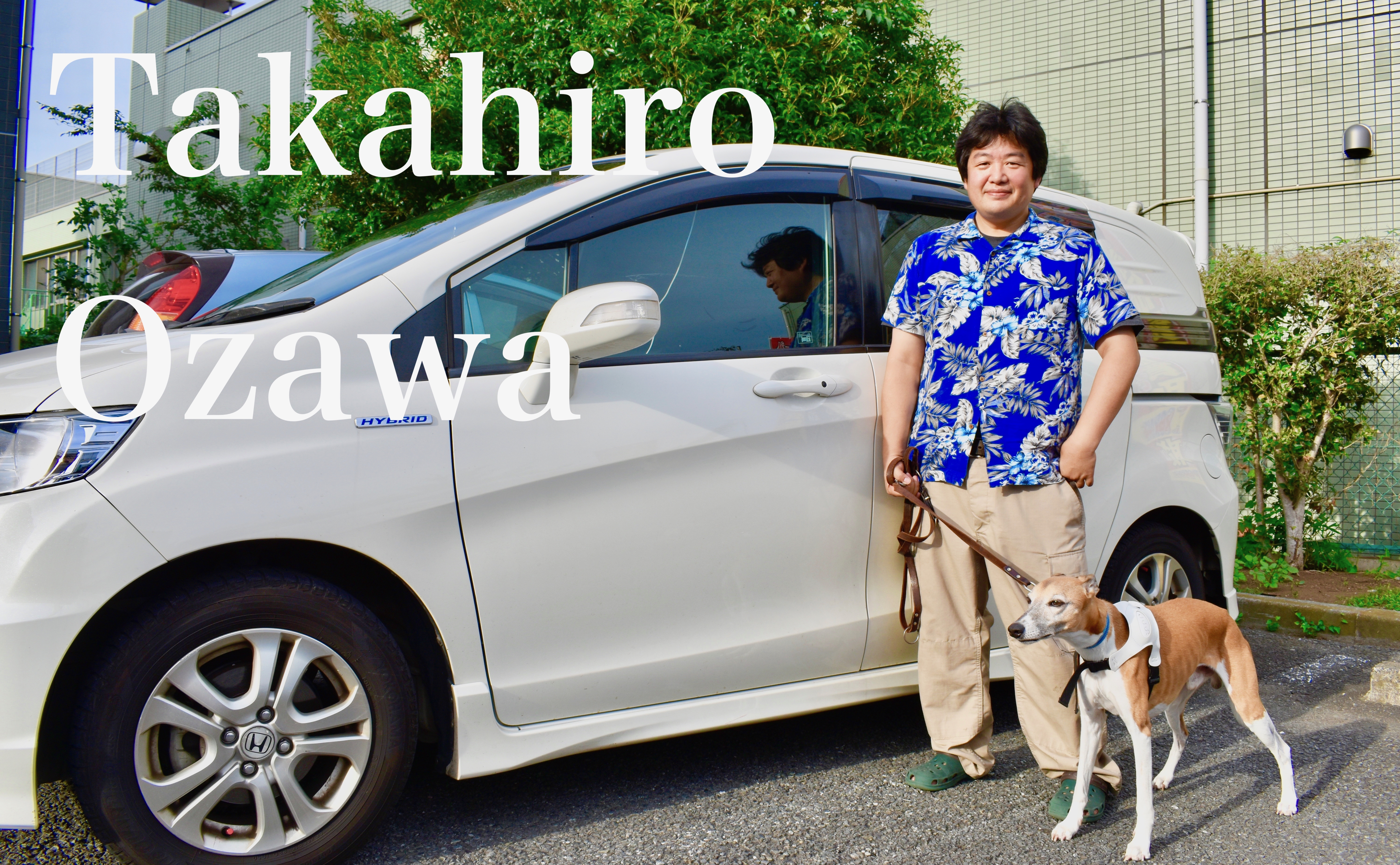 Tell us your van life story and how you got started

I got into the van life since November of 2017. So basically, for about a year now. That’s after I got in a wreck and bought a new car. Actually, I wanna show you this (pulls out a photo of a totaled car). She was a Fit Shuttle Hybrid but now she’s completely unFit. (laughs)

I was driving on a highway when a speeding maniac hit me from behind. I was very lucky I came out of that with just a bruise. Anyway, I thought I'd get another Honda since it saved my life, so I got a Freed Spike. Then a few days later, I came across a YouTube video talking about how it's the best kind of van for camping. That got my wheels turning because I used to be a boy scout and I still loved camping, so camping I did. And that was the beginning of my van life.

What a twist of fate! But tell me, since you started this new life have you ever had any problems at night?

Luckily, no. I was actually originally a rescue squad member at a fire department and also a licensed EMT. And I also taught at a technical college, so I'm basically an expert at how to prevent heat stroke and deep-vein thrombosis. Not to mention my car seats fold perfectly flat, giving me plenty of space to stretch my legs and sleep well. If ever, I'm more concerned about my dog Rono. (laughs)

I think he looks pretty pleased with this van. By the way, what is that on his collar?

That's Inupathy.* It's a smart collar that indicates different moods by sensing his heartbeat. I got it from this company I'm helping out called Langless Corporation and I always put it on him so I can check how he's feeling at the moment. You can see right now that the LED is glowing rainbow colors as he’s sitting on his favorite seat. That means he's happy. (*Inu means dog in Japanese.)

Aren't you a happy boy, Mister Rono! (laughs) Have you always been into IoT devices?

Well, I was a mechanical engineering major in college. And when I was a college instructor in 2014, I led a team of students to conduct an AED transport experiment using a drone. We were second nationwide to successfully do that, only next to Tokyo University. Right now, I'm working as the COO of Coaido, which is a company that makes a life support app called "Coaido 119." We've also done collaborative experiments twice with this American company, Swift Engineering, with their highly innovative VTOL drone Swift020. Also, I'm helping another company called Daiya Service in controlling and safely handling their drone during actual disasters. I'm really trying to push for the use of technology for health purposes and rescue operations.

Wow, you are really involved with a lot of things! Do you think that your work influenced you to start the van life?

Absolutely. I used to live in Kimitsu in Chiba and every day I’d cross Aqua Line Expressway and commute to Tokyo for 4 hours. I had to get up really early and then get back home really late. Sometimes I felt that all that traveling was just wasted time. Since my new van’s perfect for camping, sometimes after work I'd go straight to a public bath and camp in my car for the night. I noticed that I'd wake up the next morning with so much more energy for work.

Isn't time the most important asset for startups? That's why it completely changed my life when I started valuing my time more and actually living in my van. For instance, I can work in my van for a long stretch of time, which I'd argue is more suitable for work than my office desk. I also have more privacy when I make conference calls because I used to worry about people listening to my conversations when I did it at coffee shops. And on top of that, I can kill two birds at once by having phone meetings while I drive to my next work location.

Just like how I'm interviewing you now as you're driving. But how about expense-wise?

My daily expenses went down. Hybrids are fuel efficient so it only costs me about ¥10,000 per month for utilities, transportation and lodging. Finding a place to park is also not a problem because parking lots seem to be increasing recently. Overall, I'd say I have more time and money, and what's not to like about that? After getting used to this lifestyle I can never imagine myself going back to my previous life, bound to just one place again. Oh, and being able to travel more is another perk. Recently I find myself visiting a lot of dog parks with Rono.

Waking up to a new place everyday sounds good, but does it get tiring?

Of course, it does get tiring driving all the time after a while, but that boundless freedom to go anywhere at your own pace to unwind is what keeps me going. A few weeks ago, I went on a business trip to Kobe for 3 days. I drove there then stayed at a motorist campsite called "Happy Village." I have frequent business trips like this and sometimes finding a hotel is hard, not to mention expensive. On the other hand, campsites are not only cheaper but also closer to nature and more relaxing. So, in Kobe, I used my hotel money to buy Kobe beef instead and had an outdoor barbeque with the other campers there. (laughs)

That sounds like a very Ozawa-san experience. Finally, what's your last message to the readers curious about the van life?

I'm sure that a lot of you, when you hear "van life" or "car camping" you think "putting up with the cold or the heat and sleeping in a tight space." That's also what I thought before I started, but in reality, it’s more like urban camping, really. And for me as a practical person, just like I said before, the only reason that I do this and continue to do this is because I really think that it’s fun. So, if you're curious you should definitely try using Carstay!