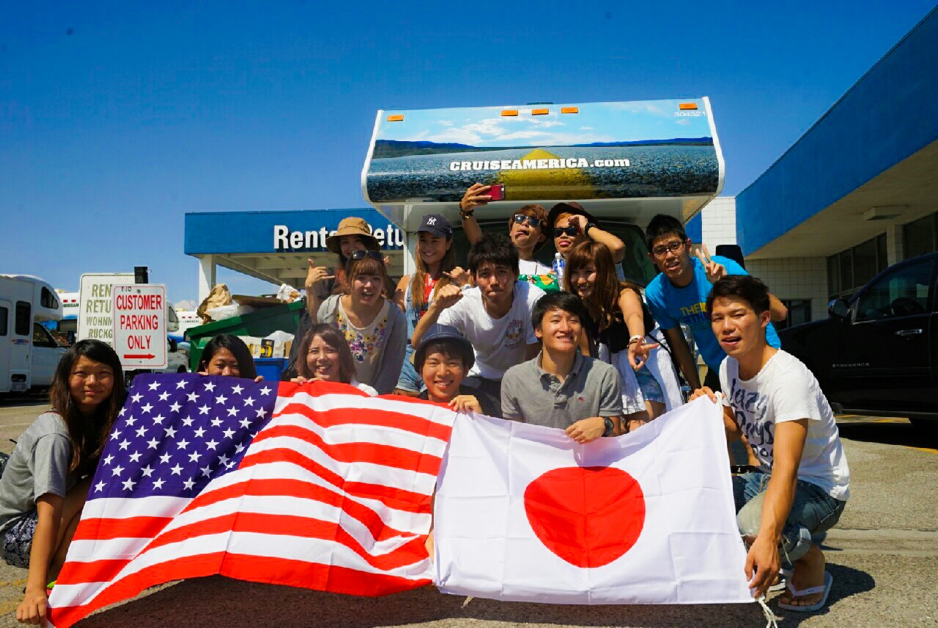 Cross-country USA: An epic Carstay experience in the country where VanLife began

Have you ever thought about going on a cross-country road trip in America before you die?

Drive across the continent by day and unwind with drinks and friends by night as if you're in a movie scene. That thought alone makes me want to start calling my friends and plan a road trip again.

One summer back in college, thirteen of my friends and I rented a camper and went on a great American road trip from Los Angeles to New York City. Buckle your seatbelt as I give away all the scenic spots and tell you everything about my awesome VANLIFE experience.

First stop is Sedona, a town nestled amid striking red sandstone formations in the state of Arizona that's only five hours away from Las Vegas by car. It's an important place for Native Americans where sacred ceremonies and native cultures thrived. Looking at nature's vastness overwhelms all human accomplishments. Some of the great sites include Sedona's "four energy vortexes": Airport Mesa, Cathedral Rock, Bell Rock, and Courthouse Butte. I climbed Cathedral Rock and at the summit beheld the ever-spectacular Wild Wild West against a backdrop of clouds.

Next stop is the star-filled night sky above Grand Canyon National Park at an RV park. I saw the Grand Canyon at daytime and was instantly awe-struck by its glory but did not expect twice that glory from what awaited me at night.

The dark ceiling that hung over the Grand Circle National Parks at night revealed a cascade of luminous stars, far more spectacular than anywhere I’d seen in Japan. Perhaps, not only the lack of light pollution but also of any human-made structure afforded that magnificent view. Everywhere you look, up or down, left or right, is a view that you won't ever see in Japan.

One place you should absolutely not miss when you go to the Grand Canyon is only two hours’ drive away—the Horseshoe Bend. As its name says, it's a horseshoe-shaped incised meander of the Colorado River that spans over 2,330 kilometers. The valley is a 300-meter drop, famous for photography. It's not accessible by bus or train, but I was lucky enough to go because we're driving an RV. The photo doesn't quite capture how awesomely scary and intimidating the cliffs were.

The West Coast and East Coast come to mind when we say cross-country USA, but there's also Central USA. In the South-Central state of Louisiana is New Orleans, the birthplace of jazz and a rich melting pot of diverse histories brought by immigrants from Central and South America and Vietnam to name a few. Improvised jazz performances line the sidewalks at daytime, and bars come to life with people at night drinking until the next morning. It's a lively experience that takes you back in time.

Special Event: Surprise birthday party in the RV for a friend

One of the girls had her birthday during our road trip so we planned a surprise party and bought a cake and balloons at Walmart without letting her know. On another occasion, we had a barbecue and made curry for everyone. When you do VANLIFE, every day is a special day.

You share all your experiences—both good and bad—with your friends (and newly acquired friends!). It develops deeper understanding of each other and better appreciation for everyone's values, forming stronger bonds that will last a lifetime. Rent an RV and plan your unforgettable Carstay & VANLIFE experience with us right now!

Camping
4 Things to Do Before Your American Cross-Country Road Trip in an RV
2019.5.15
Ryo Senga

Camping
4 Things to Do Before Your American Cross-Country Road Trip in an RV
2019.5.15
Ryo Senga